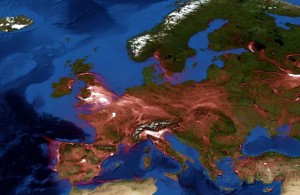 In our previous publications we covered USA’s new Green Initiatives, as well as updates on the African continent regarding Eco-friendly policy. Now let’s focus on Europe and see how ancient world is fighting climate change.

According to the new research by Bloomberg Intelligence - BI, European oil companies, including Total, Galp, Equinor, BP and Royal Dutch Shell, are leading the global industry’s efforts to prepare for a low-carbon world.

At first look it might seem strange that companies benefitting from Oil and Gas, pushing forward decarbonization policy. But that is what International Energy Agency’s Sustainable Development Scenario looks like, which every European O&G company should align to by 2030.

Five European leader companies in the industry were graded by Bloomberg’s Climate Transition Scores, that “illustrate the challenges oil and gas companies face in positioning themselves for a net-zero world”.

These O&Gs ranked highly by setting ambitious climate targets and committing to deep transition related investments to turn the tide of widespread carbon action. As an example, mentioned companies own about 11 gigawatts, or 78 percent of the renewable energy held by the other researched 39 companies.

“The transition to a low-carbon economy in the oil and gas sector is a complex undertaking, requiring considerable change and a shift away from fossil fuels-based business models,” said Patricia Torres, global head of sustainable finance solutions at Bloomberg. “The Bloomberg Climate Transition scores, combined with Bloomberg's research, provide insight into how prepared companies are for a net-zero world and are a supplement to Bloomberg's broader environmental and social scores.”

Amendment in the regulations of Truck stops and stations
Happy Earth Day
If we humans want to save Nature, we need to improve our Nature - Happy Earth Day!
Suez Canal free, but complications still ahead
It is already more than a half month that the Suez Canal has been freed from the strained Vessel. Ho ...